Today Rex is going to his last session at the nursery Audrey first attended age 10 months in 2014.

If you don’t know by now, I do get incredibly attached to things. Places. People. Garments. Routines. Buggies(!). So it’s a very big deal to be leaving. It was a tough decision, but Rex has gone down to one day a week there since September last year (when we added a day of preschool) and he started to express a preference for preschool for some reason.

We felt we needed nursery (because it runs all year around, plus we can add extra sessions with short notice), so we were very reluctant to let it go. However Rex is starting school next year, so maybe it’s no big thing to deal attempt the work/school hours juggle a bit earlier…?

I will miss the Wednesday calm time, because Ted takes Rex to nursery, I get to take Audrey to school and pick her up alone, spending an afternoon with her, knowing she will calming eat her dinner at the table (Rex is not a fan of dinners). However, this isn’t a reason to keep up the expense of nursery. I have to embrace change (annoyingly), I realise that eventually the scary new routine becomes second nature pretty quickly.

But still, we are leaving a nursery that took my little baby girl all those years ago and helped her to learn so much. Audrey always loved nursery. Rex has mostly loved it. But I guess I’ve loved it the most, because there is nothing quite like knowing your child can be somewhere 8am to 6pm and be safe and cared for with a strong routine, good food, friends, learning… it was great for Ted and I to have “day dates” when the kids were at nursery! 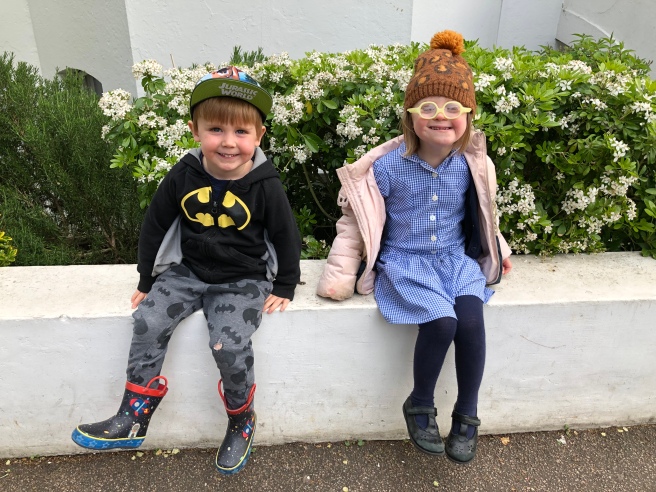 But the time has come to move on and get used to the juggle of work and school holidays because we have many more years of that to come!