Christmas was once the most excruciatingly exciting time of year. From age 3 to 13ish it was the highlight of  life, from the build up (decorations going up, rifling through the wardrobe for presents, the BIG shop that included fizzy pop and chocolate) to that fateful night where the anticipation is just too much and you cannot sleep to that morning (eek I am sure we were up at 4am sometimes!) where the presents were ripped open and the day was pure joy and chaos.

We had big family Christmases, I think at their peak there was around 12 for dinner. My dad’s parents were not around (aside from his stepmother but she wasn’t with us Christmas Day), but my mother’s parents were close (Granddad was hilarious and a must-have for family games), I had three siblings, two old enough to have partners/kids, sometimes my uncle would join us with his wife, I think we had a great nan around too. We had one of those extendable tables and garden chairs with cushions were added into the mix.

I always had a mince pie for breakfast. We always played charades and various games in the evening. We always ate too much. I would have a Christmas Day outfit planned (a velvet dress generally, ooh I remember a year with ski pants and a roll neck!). My mother would embarrass me with her interest in flashing Christmas themed earrings and knitwear. My dad made me ‘snowball’ cocktails (don’t worry, mostly lemonade).

Sometime in the early nineties I accompanied mum to the local garden centre to finally update our hideous Christmas decorations. For years we had dragged those sparkly pink, purple, blue, silver… (you name it) foil garlands and lanterns (that hung from the centre of the room to each corner) down from the loft. We had a toilet-roll-holder-type-angel for the top of the tree. We revamped things that year and switched to green and red traditional stuff and ditched the tinsel. It was a big change back then.

It was in my late teens/early twenties that it really hit me that Christmas would never be the same again. I was no longer filled with that crazy level of excitement, our numbers had diminished a little, but most of all we were all grown up. Only a single nephew remained “young enough” for true Christmas excitement… for me, mum’s novelty stocking fillers became eye-rollerable rather than excellent (and she was an absolute stocking-filler-pro! Pre-internet we had lots of personalised items with our name or initials on, as well as very bizarre stuff like chocolate shaped like sardines in a tin, I LOVED my stocking in its heyday).

By the time I had met Ted and we tried that Christmas juggling you do when you are first a couple and want to spend Christmas together, but also do not want to leave your traditional family Christmas behind… I was ready to accept that Christmas had changed for good.

I think that made it easier for me to live with the fact that now, Christmas is very far away from that of my childhood. I have no parents, I have lost one sibling (and the connection to her two grown up children is weaker), My eldest brother is… well that’s difficult to describe, let’s just say he’s ‘a problem’ and my other brother battled cancer this time last year. I have one grandparent left, but she doesn’t know who I am and she is in a nursing home.

Yet none of this has ruined my enjoyment of this time of year. It has definitely affected it, you can’t escape the sadness loss brings, but that’s life. Naturally every emotional Christmas advert sets me off. Every Christmas song. I am either smiling or crying or both. But I’m a grown up now, it comes with the territory.

My mother was also a fan of Christmas. She liked to complain (in more recent years) about the stress and the effort, but she still had two Christmas tress and a crazy amount of decorations. She would still stuff the cupboard with nuts, chocolates and crisps even if only a few people were visiting, hey even if no one was visiting! Now I am in charge of creating the magic (hiding the presents not rifling through the wardrobe to find them!). Now I want to wear stupid Christmas jumpers and hats, now I see the fun in the tat.

And of course Audrey and Rex bring a whole new level to Christmas. We have their innocence and joy to surround us and their happy faces at what will be (in the scheme of things) quite simple presents. I took Audrey to an eye test last week and in the car she was singing along to Wham’s “Last Christmas” (she catches on to familiar tunes quite quickly and she’s definitely enthusiastic, if not in key), it was lovely.

The thing is, I like to think that everyone is in a better mood in December. So what’s not to like about that? A couple of weeks ago, a friend posted on Instagram about Kindly and the project they were running for people to write a letter for someone who is isolated at Christmas time. So I signed up immediately and within hours I had an email confirming I would be writing to a woman called Sheila (which was my mother’s name). I mean, obviously I was in tears but I was also so wonderfully uplifted by this tiny coincidence. That same day, I had stopped to donate to an old man collecting for the Youth Cancer Trust in our local Tesco and we had a very long chat. He was perplexed by the amount of people who completely ignored him saying “Good morning” and I told him about Audrey and how she loves to say hello to people but often they are just in their own world (or on their phone/listening to something on headphones). It’s part of life now to be zoned out and not in the moment with the other humans around you.

Which is why it is important to remember that Christmas is a time to connect with people. I had little wobble the other day when our ridiculous bumper pack of Audrey’s school pictures arrived and I thought; wow, we really don’t have that many people to give these to. But then I remembered that we do. We still have lots of family left and we have many friends who are “aunties” and “uncles” to our children. We have a wonderfully wide network and I am so grateful for that. 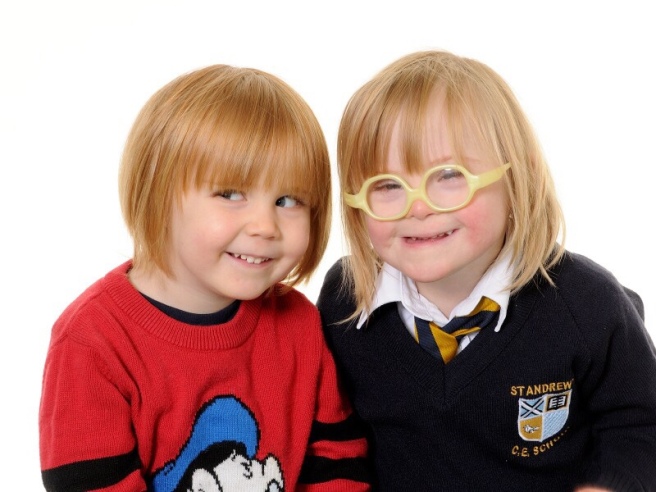 Every Christmas will be different, it may have felt like pure light as a kid and now it has darkness too, but I can handle that, because now my children are building their Christmas memories and they only see the light.

Merry Christmas one and all x 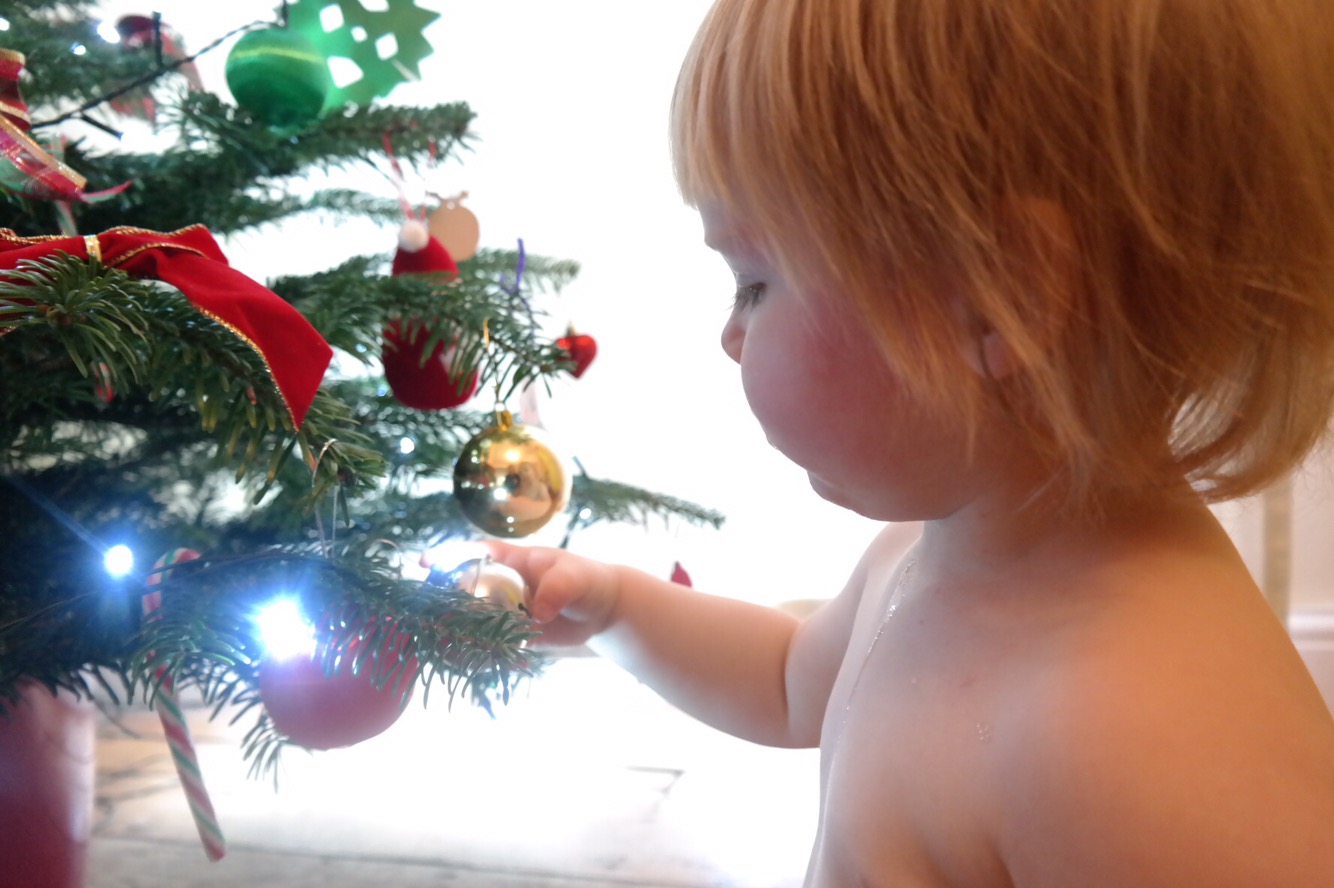 The kids have had a fabulous December so far. They love Christmas lights and treats and music… and today they loved opening mountains of presents.

We celebrated at home with my mother in law, brother in law and brother. Our first Christmas without my mother, who died in April. So much making it a tricky time, but we kept the festive spirit alive and had a really lovely time.

At a Christmas carol concert yesterday Audrey was not only the star of the show “Hello everyone!” but also got to be Mary. She adores Mariah Carey’s ‘All I want for Christmas is You’ and she loves mince pies. 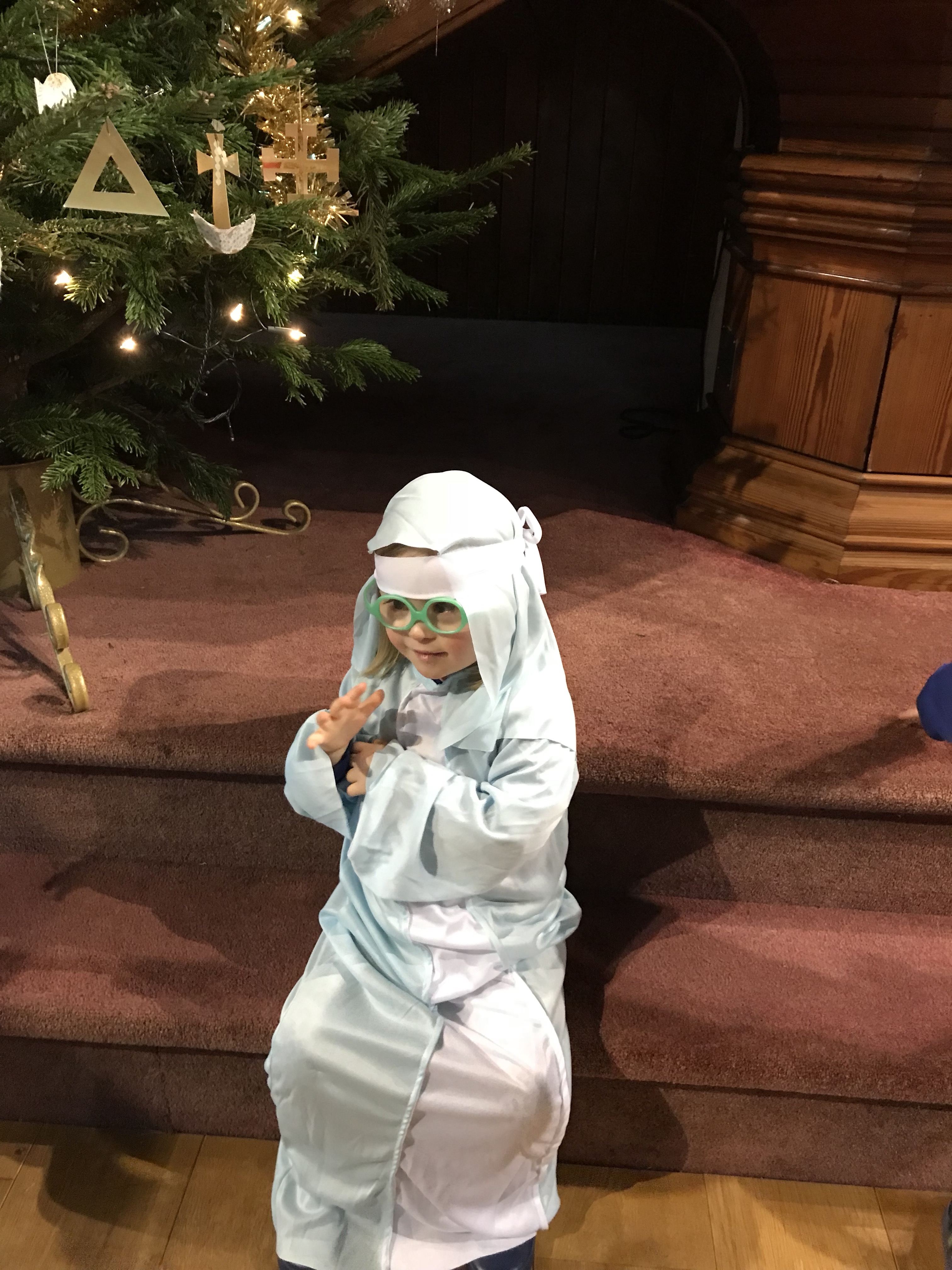 Rex is approaching 2, so is in equal measures adorable and horrific. Tantrums have reached a peak.

I have to admit that I was scared about how I might “get through” the holidays without my mum or my dad, but the kids really do make it.

We love Christmas in our household and I’m so proud to pass some of my enthusiasm onto Audrey. She can say and sign lots of Christmas words, sing and sign Christmas songs and she loves Father Christmas. We’ve watched lots of Christmas films these last few days and Audrey has picked up a Santa hat, put it on and said “Christmas hat!” enthusiastically several times. I think she’s clocked there’s more chocolate around… she can tell this is a fun time of year.

Rex obviously has no clue, but has been forced to wear festive knitwear and does enjoy a dance to Rudolph the Red Nosed Reindeer. In fact, Rex just generally likes a boogie.

What a year! Having a second child turned out world upside down and has basically left us permanently exhausted, confused, messy and shouty (“No Rex, leave that! Stop that Rex, be gentle!” Etc etc). We’ve come a long way and the little guy is 10 months old on Boxing Day! Crazy.

Merry Christmas everyone, have a lovely festive season! X

It’s Audrey’s 3rd Christmas! For her first, she still needed oxygen at night time, she was still breastfed and she had her first taste of food (puréed carrot) on New Year’s Eve.

Audrey’s second Christmas was a bit more fun for her, she met Father Christmas (and cried), she got to try some lovely treats (a chocolate Yule log that made her very excited!) and she was able to sit up and play with her toys (wrapping paper mostly).

And now we have a mobile little miss who can chat, in fact, she says “Missmass” – which means Merry Christmas/Father Christmas/Christmas. She loves to sing and sign Little Donkey with me and she is a big fan of mince pies too. We’ve even had two trips to see Santa with no tears.

It’s Christmas Eve and the little lady is asleep upstairs at Bibi’s house and she has no concept of the presents and fun that await her tomorrow… She does a great line in “Wow!” for present opening, which is going to be fun and I think she will be spoilt rotten.

Next year, we’ll have a little brother to throw into the mix (eek!) and I think Audrey will actually know a bit more about what’s coming, so excitement could reach fever pitch! I absolutely love Christmas, so I’m up for all the effort required to make Christmas magical for kids and I can even handle the frenzied build up; bring it on!

Merry Christmas everyone! We hope you have a lovely time, however you choose to celebrate. All the best for 2016 – wish us luck – we’ve got a boy on the way!